Collectors cacti are not always able to buy new copies of the genus or species is sought. Seed propagation of cacti – quite troublesome thing, but sometimes the only way to get the kind of wanted
. 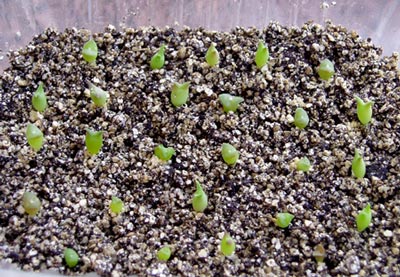 Cacti can be propagated vegetatively, but at home their seeds can also grow them. For successful germination required microclimate for the proper development of seedlings: heat and light should be sufficient. The temperature inside teplichku should be 25 -30 ° C, but with the difference day and night temperatures. It was during the night the air temperature drop seeds are resting and stimulated their germination. At night no need to maintain the temperature above 18-20 ° C.

January and February – is the optimum time for sowing, because kaktusyata germinate not all at once. Within two months, they could and should be kept under lamps, and not under direct sun, but somewhere in the beginning of April, they are able to get used to natural light. 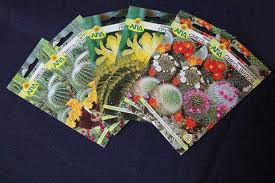 they spend the summer as an adult with more frequent watering, and in the autumn of sufficient size and hardened to winter in more severe conditions. Favors the seedlings should be at least: but it will be plants of the highest quality. 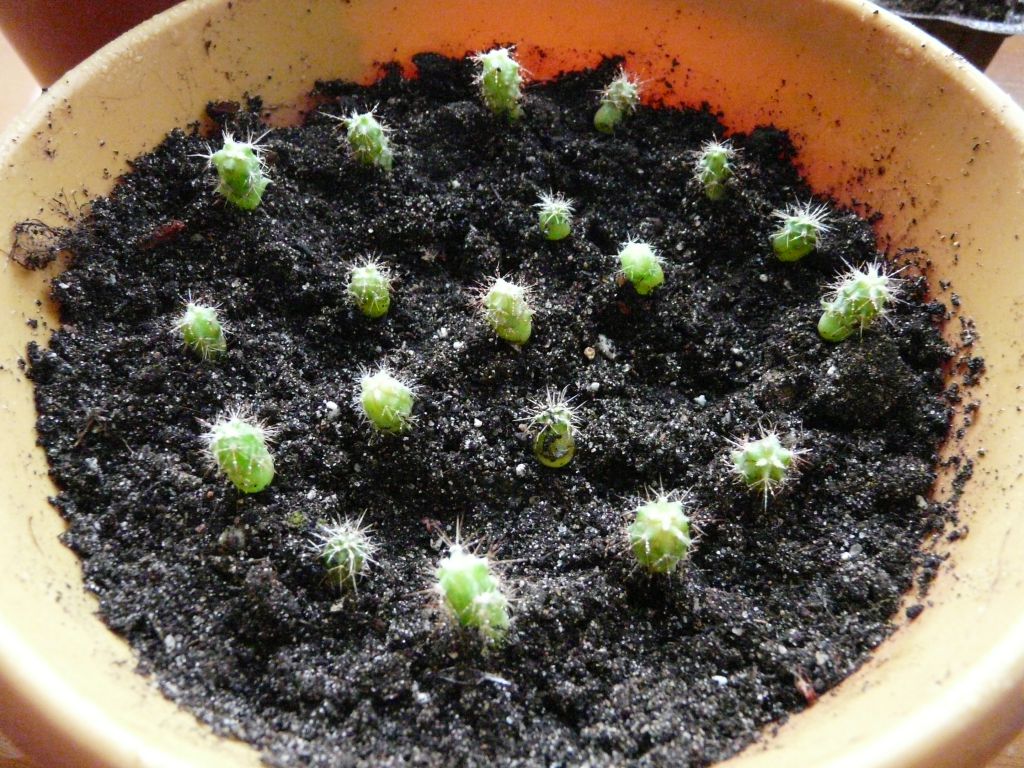 Sowing can be started from seeds of the bags that are sold in stores. Sowing cactus is somewhat more complicated than most other plants, but it is quite feasible for every lover.

Different genera and even species require their conditions and set such tasks that only by or a professional, or a particularly fanatical fan. For example, sklerokaktusov seeds (plants are rare in culture are highly valued by collectors) are characterized by a very low germination. Promorozit must first, then sow, germination occurs for a long time and the percentage of germination is low.

The seeds of the South American and Ora pirrokaktusov can change the activity of (germination) seasonal. Since they would be nice to remove the eggshell with a diameter of about 1 mm – this is still a work. Fortunately, with other cacti easier.

If you bought a mix, pay attention to the size and shape of the seeds. Large, smooth and shiny – most likely Cereus; smaller and grooved – Echinocactus Echinopsis or – a trifle as the black and all shades of brown – coryphantha and Mammillaria. They should be sown separately and ensure that small seeds are not lost.

The seeds of prickly pear and tefrokaktusov resemble the seeds of peppers, but they are thicker and woolly. The size of the seeds from the dust in Aztekium, strombokaktusa, some of its parodies and Gymnocalycium – up to 2-3 mm”boats” Fraile and Astrophytum. There are also larger.”Boats” is very fragile, they can not squeeze. For this reason, do not buy commercially packaged Astrophytums, where all the seeds are crushed machine. Seeds Cereus, Ferocactus and Echinopsis”particularly strong”, while others – average. In any case, be careful with everyone. 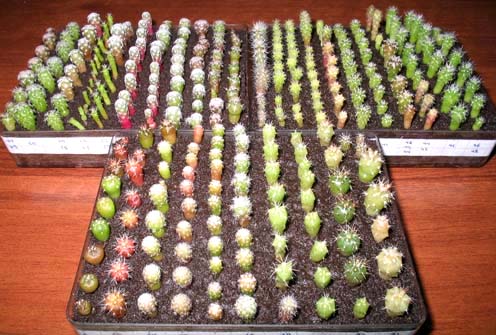 For sowing will need the following.

So, you’re done. Podstelil lighter paper so as not to lose the seeds, and proceed to decontamination. This can be done both in perforated bags, and without them. Seeds are not wrapped, placed right in the peroxide is poured into the cell for edible ice. This is a very time-consuming, but not soaked seeds fray with your fingers. Often it is seen as oxygen bubbles are formed around the seeds. This means that the peroxide destroys something.

If the mixture of the package, sterilize it all at once. Many gardeners say that apart from the competition fungicide”Maxim”. It is something you do not want to climb the fingers, and the peroxide is harmless.”Maxim” keep on hand at the time of germination and the first transplants. Until the seeds get wet, prepare cups. At the bottom, pour the fine expanded clay or gravel layer 1.5-2 cm, top soil and strongly knock on the table. Ram is not necessary, and the seedlings are then”stand” on the roots.

Make signs and blocked the cups to the desired number of sectors. Everything must be sterile. Dip the bottom of the cup in distilled water until the soil appears wet. Disinfected seeds catch the needle eye and put on loose paper. Then, the same eyelet transfer them to the ground.

Note!One cup to sow the seeds of one kind or of a single ecosystem.

Per 1 square. placed 3 cm from large to small seed 10-15. Rarely did not sow: kaktusyata better to germinate and grow in clusters.

Important!Sprinkle the seeds do not have to, because the light stimulates germination.

If you plant prickly pears and tefrokaktusy, hard rind of the seed can be cautiously scratch needle or needle files to file. These seeds should be immersed to a depth of their diameter and sprinkle.

When all the cups are filled, place them in the container and close the lid tightly at first. Put the heater and turn on the lamp. Standard mode – heating and lighting during the day, the room temperature and darkness at night. Watch closely to avoid. A special regime for seeds parodies: the night they should be placed in the refrigerator, but do not forget to take out in the morning and put the others. Every day, 1-2 times a container open to ventilate and dry cap from the inside, to prevent moisture from dripping back.

Additional information!Avoid waterlogging and drying out. Watering is needed only until the lower – by immersion in water. Every 2-3 days add to it a little potassium permanganate.

The spores of soil fungi are everywhere, and they will appear in your crops. At the first signs of rot or remove portions treat the entire crop of the same”Maxim”.

germination time can be from days to a month or more. Adult cactus resistance has nothing to do with the time of seedlings and”whims” of seedlings.

How to water the cactus at home

How to make flower Decembrist at home

Schlumbergera is a room plant