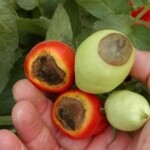 Tomatoes – common culture around the world. They come in many varieties, taste and size. However, each of these can attack the disease, which lead to the destruction of the crop completely.

In this article we will focus on five common and dangerous diseases of tomato.

This ranking mosaic least dangerous – affects about fifteen percent of the total harvest in the presence of two factors: the heat and humidity.

It called mosaic virus. Can be defined through their appearance: the appearance of bright and dark areas on the leaves of the plant; yellow on the fruit. At a later stage, the leaves are twisted.

Note!Cure landing impossible. In such cases, the plant is dug from the ground, and the affected area is treated with a solution of potassium permanganate.

As prophylaxis is conducted”sterilization” seed before planting in hydrochloric acid for 15 minutes, followed by washing under running water.

If the site were previously infected with a mosaic of tomato, then it is better not to plant. Earth in the greenhouse better steam thoroughly.

Tools treated with alcohol after each procedure.

A fungal disease affecting the leaves, stalk and ovary.

Affects the lower leaves. On the reverse side of the leaflets are formed bright green spots. Over time you will notice the fungus spores that carry with the wind on the other planting.

Affected leaves die. The plant dies in the case of high moisture and extreme temperatures.

In the early stages of infection can be treated with various solutions, destroying the appearance of the fungus. You can use fungicides.

After harvest, it is recommended to remove the affected plants if cured. Loosen the earth at a depth of not less than 10 centimeters to the fungal spores do not survive in sub-zero weather. Tools disinfected after each use.

Blossom rot can destroy more than half of the harvest.

Disease is formed at the physiological level under unfavorable conditions: temperature variations, calcium deficiency in the soil.”Immunity” culture decreases and they become vulnerable to diseases. 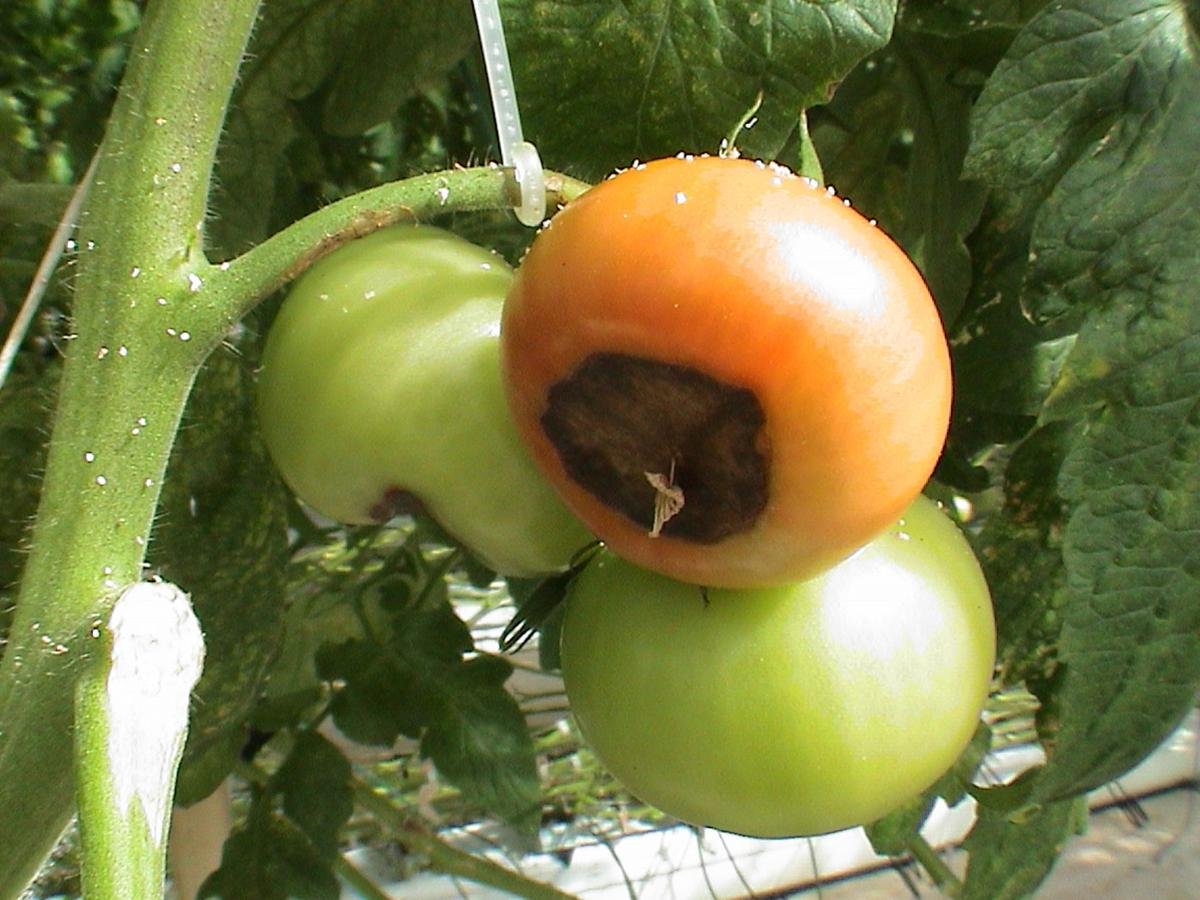 On fruits appear watery spots. Are affected more often landing, which begin to mature or still green. Over time, affected a third of the tomato brown great spot. The affected area dry up.

At the first signs of infection gardeners treated with a solution of calcium chloride.

ImportantAs one of the causes of the weakening of tomatoes – a lack of calcium in the soil, it is recommended for the prevention enriching the land sufficient amount of calcium and nitrogen oversaturate

While infecting the crop Alternaria killed about 85%.

Can be defined by the following features: on the lower leaves are gray-brown small spots. The causes of infection are:

Fight the disease can only chemical substances against Alternaria.

Germs can be in the seeds and in the soil. In order to prevent the disease it is important to remove the time weeds, leaves, grass. Earth to loosen and cultivate the seeds before planting.

Fungal disease caused by low temperature during the night and daytime high, fog and dew.

Late blight affects all areas of culture. You can find on the dark spots on the stems. Late stage determined blackening fruits. Tomatoes begin to rot, leading to death. 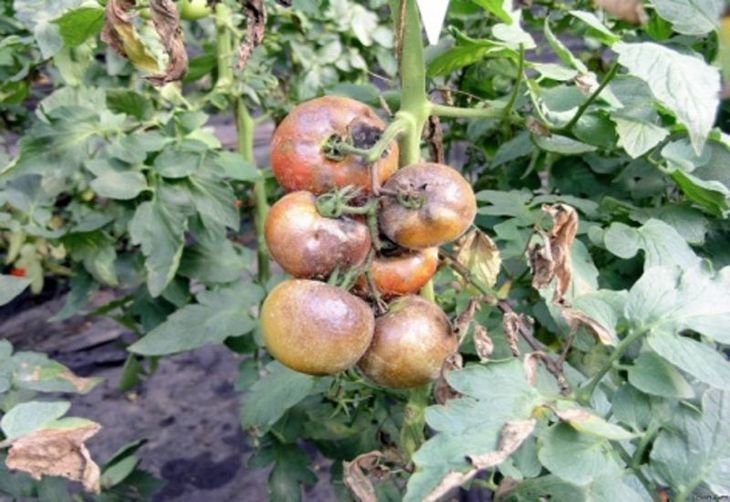 When growing tomatoes in open ground it is important to comply with specific rules of care:

One of the conditions – not planting tomatoes near kindred cultures, and immediately after them.

Additional information!It is necessary to comply with crop rotation, which makes it possible to eliminate the spread of pests and diseases affecting the vegetables of the same family.

Planting pinch – remove the lower leaves before the 1st brush and stepchildren to ensure optimal ventilation in the series. Not to create conditions for the stagnation of water and air: weeding, loose soil, mulch the soil.

Watering should be moderate. Tomatoes watered at the roots, irrigation only”helps” sick plant. Strong root system that can take the moisture from the deeper layers. The soil between the rows should be loose at all times.

In the early stages of infection can fight solutions medications. However, if the landing severely impaired, it is best to remove from the site.

As a precaution to be observed rotation, isolation from other crops, plant varieties resistant to diseases, treating seedlings Bordeaux liquid.

If the weather conditions are not favorable for the crop, it is recommended to collect the fruit ahead of time and clean up on the maturation of pre-dipping for 2 minutes in hot water.

Tomatoes – vulnerable and sensitive plant, to which can attack various diseases. However, if properly care for them, and carry out preventive maintenance, you can avoid trouble.

How to care for tomatoes in the open field, to grow a good crop?