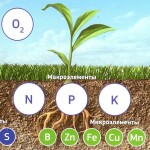 Nutrients are essential for plants. Thanks to them, the plant can grow actively, to bear fruit. In nature, nutrients are not depleted from the soil, since plants after the death decompose and their nutrients back into the soil. Artificial feeding of plants is needed where the soil can not recover the sources of nutrients. , Add the necessary fertilizer to the soil should be regularly to have healthy plants, and thereby ensure a good harvest.

Additional information!Natural substances such as rotting leaves or manure, began to be used as fertilizer almost from the time when the first harvests of human.

Carbon, hydrogen and oxygen plants obtained through the atmosphere. The other elements contained in the soil in the form of compounds.

Nitrogen:Even small changes in nitrogen content can cause significant changes in the growth of plants. The critical level of nitrogen in plants leads to a loss of quality and quantity of the final harvest. Usually this manifests itself initially with leaf fall, slowing the ripening of fruits.

Important!Maintaining the level of nitrogen in the soil, depending on the crop, will ensure the quality and quantity of production.

Fertilized with nitrogen especially at the beginning of the growing season, i.e. spring as nitrogen supports formation of the green mass. Fertilizers with nitrogen contribute only up to the end of August. Support green after this month is undesirable (must prepare the site for the winter). 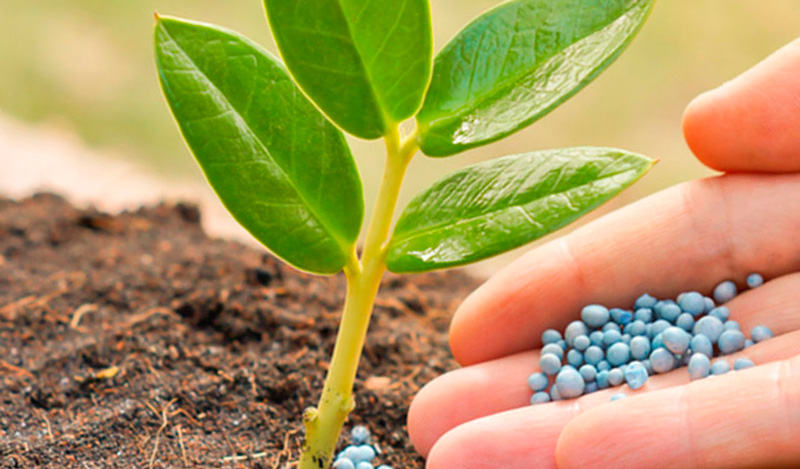 Phosphorus– a substance that affects the size of the inflorescences and leaves. needs of plants in phosphorus vary greatly. In the early stages of plant growth needs for phosphorus are increased. As plant growth phosphorus content gradually decreases.

In some cases a high level of phosphorus in the soil causes a deficiency of other elements such as zinc, copper and iron. It is therefore important to maintain a balance of soil phosphorus.

potassiumis the second most important component of the plant. Its main role is to strengthen the root system and the maturation of the aerial parts of the plant. It is essential for many chemical reactions in plants.

Plants need for potassium depends on the species. Fruit trees have low requirements for potassium, whereas the requirements in the above vegetables. Potassium – one of the most mobile elements, as it can stand out leaves in the rain and be absorbed by the roots. Potassium deficiency may occur both early and late stages of plant growth. It is important to maintain a balance between potassium, sodium, potassium and calcium / magnesium.

Nitrogen and potassium closely interact. During the growing season nitrogen supports green growth, which is necessary for photosynthesis and other metabolic processes. With the onset of autumn and winter is necessary to strengthen the root system, so that it has stood the severe frosts. To strengthen the roots is used potassium and the addition of nitrogen was stopped.

Magnesium, calcium, magnesium and sulfur – other macronutrients, without which there is provided a full harvest, though they appear only in trace amounts

Magnesiuma structural component of chlorophyll and thus essential for photosynthesis by green plants. Its mobility in the tissues of the plant is at the average level, which is why magnesium deficiency occurs in older tissues. Magnesium absorption by plants from the soil depends on the soil pH (optimum absorption at values ??of 6 to 6.5), and the content of calcium therein.

sulfur.The lack of sulfur is often in sandy soils in the early stages of plant growth. It requires the use of sulfur fertilizer for a significant period of time. Sulfur does not exhibit mobility in plant tissues, is at the top and younger parts of the plant.

It is possible to supply nutrients beds using natural fertilizer. The main organic fertilizers are different manure, mainly domestic animals such as poultry, sheep, cows and horses, and fallen leaves, which were subjected to the composting process. 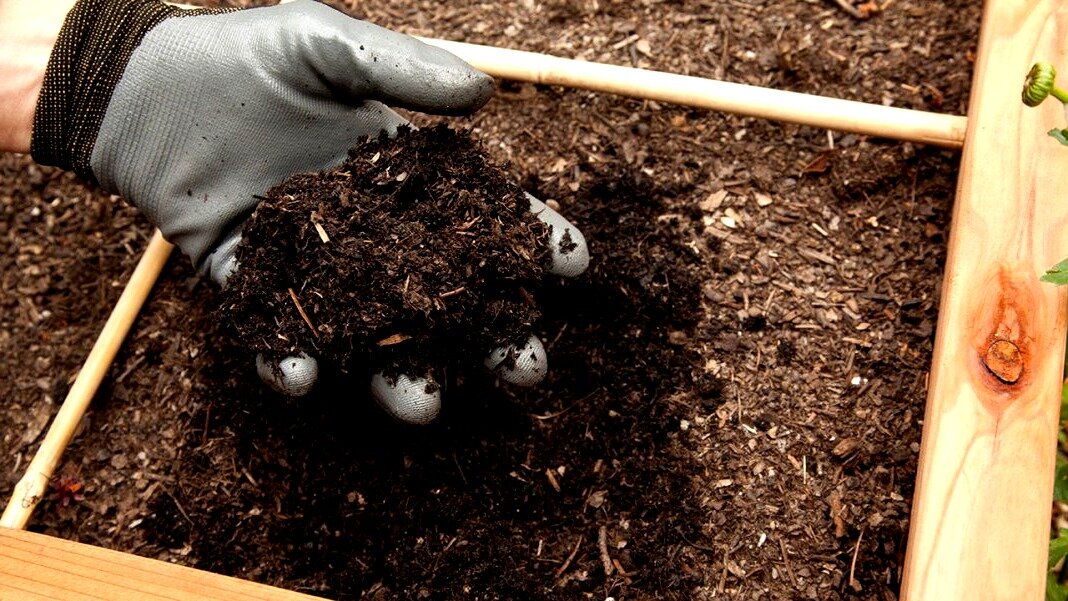 The advantage of using natural fertilizers:

Natural fertilizers methods include introducing manure into the soil (before winter), quality compost planting mustard (or rapeseed). Green manures are safe for the consumer and the quality of the harvest is many times higher than the use of chemical additives.

Fertilizing a number of advantages, and in many cases without using them are part-time harvest.

The important point is its introduction, when the amount of fertilizer can irreversibly damage the plant (leaf burn, fruit, root system).

Note!It should be abundantly watered plants before and after fertilization process.

The impact of fertilizers on the soil

The use of fertilizers (and especially their careless use) not only has a positive effect, but also has some serious disadvantages because of their presence directly or indirectly affect the balance in the wider ecosystem. All fertilizers are soluble, so absorbed in the main root system of plants.

Both inorganic and organic fertilizers may cause acidification of soil when making (addition of lime to the soil to increase pH). May affect the absorption of other nutrients for plants.

The fastest-moving of soil elements are nitrogen, phosphorus and potassium. Most fertilizers are used to enrich the soil with these ingredients.

The nitrogen in the soil produced by rotation. Every fourth or fifth year of cultivation of cereals replaced the cultivation of legumes (beans, lentils, chickpeas and etc.). They are organisms that can directly convert atmospheric nitrogen is absorbed by plants in substance, so the soil was enriched with nitrogen. Today, this method is replaced by mainly using synthetic fertilizers.

How to help houseplants grow healthy

How to fix waterlogged soil for indoor plants

How to care for Areca palm at home

Columnea is a beautifully flowering plant