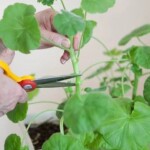 A popular indoor flower – Geranium not require special care in cultivation, but without the proper care of his appearance becomes unattractive. There are many varieties of this plant, which makes it possible to choose a flower for every taste. The plant can be grown indoors or in the garden. 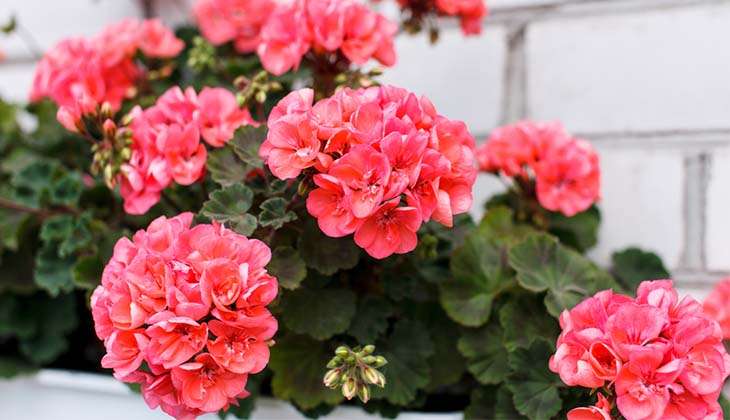 How pinch pelargonium, and whether it is possible to make it fluffy? Pruning Geranium essential from the very beginning of its landing. To give the desired shape of a flower, you need to systematically monitor the emerging shoots and cut them in time. 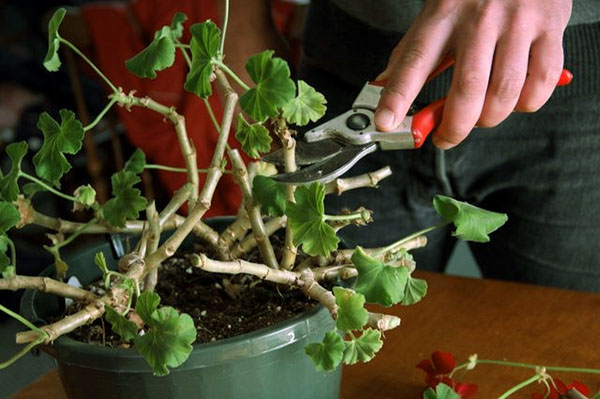 NoteThe main purpose of pruning any plant – thinning crown. It fosters a beautiful shape of the bush, activates the growth of new lateral shoots, which are new buds.

On lateral shoots formed many dormant buds, but without cutting geranium not able to produce them independently. When the shoots are cut – it awakens the dormant buds that can not be activated in any other way. In addition, it promotes the formation of new inflorescences in the future. 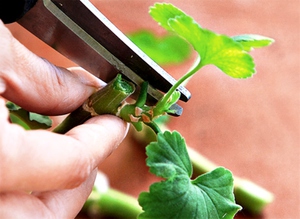 With proper and constant pruning will bloom continuously geranium and magnificently, every year an increasing number of inflorescences and duration of flowering.

Bush free of superfluous shoots that grow inside the crown, make it possible to freely grow the stalks that are on the outside. After this procedure, the plant is well ventilated, the risk of fungal diseases of infection is greatly reduced.

Additional information!Escapes becomes smaller, but the number of inflorescences and their quality increases.

Getting pruning of geranium, it is necessary to consider the type of flower. Form different varieties may vary. There are varieties of tall or squat, and they should not be completely changed.

Change the shape of the plant is usually twice a year – spring and fall. The procedure is performed after the last faded flowers. We must try to have time to cut the plant until December. In winter, the plant is resting, and at this time it is advisable not to disturb.

How to cut a geranium for lush flowering?

How pinch pelargonium? Unlike many indoor plants, geraniums very taxing. Pruning plants is a necessary step for its long flowering. 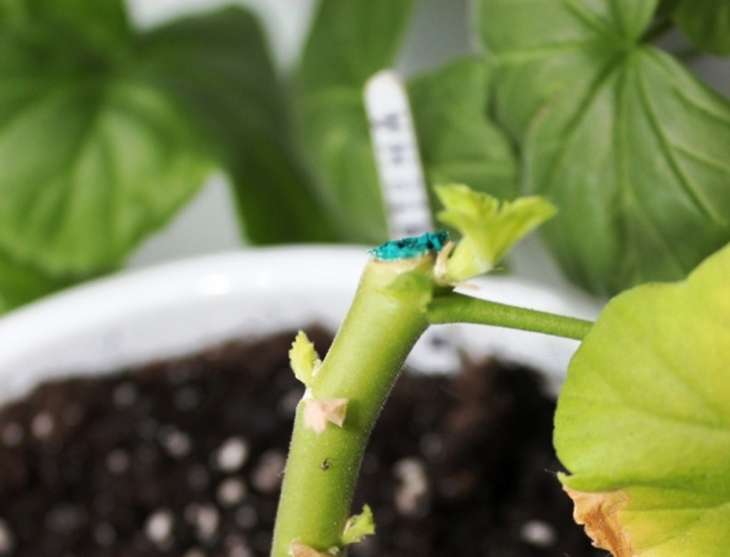 Incorrect care stems become quite long in size, and their decorative effect is completely lost. Depending on the size of bush, is cut from 3 to 6 lateral stems. If the height of the bush satisfied owners, cut only the upper stem, if not – get rid of the top. If geranium has lost its shape, leaving a small stump (about 10 cm) on the main stem. Flower issue new shoots from the remaining stem.

How to cut a geranium to create the necessary crown? Regularly pruned shoots in accordance with certain rules.

Important! You can not cut a lot of shoots at a time. Severe pruning can affect the timing of the next flowering geranium.

To properly perform a stem cutting process, it is necessary to take into account the size of the bush. Large overgrown shrubs should not be exposed to extreme pruning. He may not have enough strength to form inflorescences. Small bush can be cut more greatly, forming the shape of the crown, which is pleasant. All withered leaves and inflorescence is removed from the plant, it will not spend their energies to maintaining a weak foliage.

To create a crown, determine which shoots must be cut. Cut not more than 20% of green weight. Significant increases crop flowering time, but it is stressful for the plants. 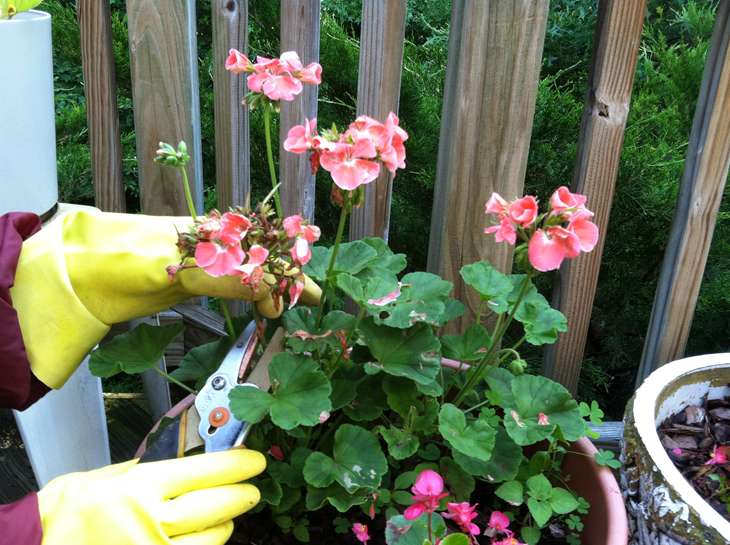 When cutting tool should be sharp and clean, so that the infection does not hit the fresh cuts. Prepare tools disinfected beforehand. For better suitable procedure stationery knife (it is quite sharp and thin simultaneously). Scissors and shears are not suitable, because they compress stalk of the plant at the site of the cut. You should also pre-prepare disinfectants.

After properly done pruning geraniums fertilize it to rapidly increase green mass. Fertilizers are selected with a high nitrogen content.

When is the best and how to pinch back in the spring of geranium? During the winter months geraniums do not cut, the plant should be at rest. Pruning is carried out in late February, but no later than mid-March. The spring event will help the plant to form a lot of kidney and greenery. After this operation geranium bloom much later than usual, but the buds are larger, their size will increase, and the flowering time will be longer.

After spending 15 minutes on the pruning of geranium in the autumn, it will be possible to admire its beauty and fragrance of colorful inflorescences all summer. Pelargonium blooms in summer, autumn, she extinguished – falls into a period of dormancy. After ottsvetut last flowers – before the onset of winter, it is necessary to prepare the plant for the upcoming holiday. Most likely, geraniums grew over the summer, and pruning the shoots will be useful to her.

Important!In no event it is impossible to carry out the autumn pruning between December and mid-February, when the plant is particularly weak.

Clipped shoots do not discard, use them to grow new plants. Of healthy shoots are obtained excellent cuttings.

After pruning geraniums should be placed in a cool room. No special care of plants is not required. It is important to reduce the amount of watering, not to hurt the flower.

Formation shtambovoy geranium – this transformation in a lush bush tree with flowers only on its top. It looks unusual, and the plant will be an original interior decoration.

You can turn the hive in a tree house on their own. A strong bush geranium, with strong stems are cut all side shoots and small. All power plants will be aimed at strengthening the main stem. When the flower reaches the desired height (less than 1 m), pinch out the old processes after the first buds, and after the new 4th. This procedure is laborious, and the first flowers appear only after a year. 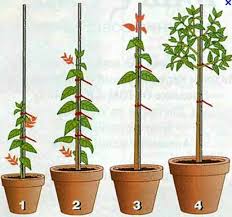 Pruning indoor plants is one of the basic procedures. If you do not prune geraniums, the plant will soon become shapeless, and the number of inflorescences will gradually decrease. Such a plant would not have a good planting material for multiplication and may soon die.

Why do leaves turn yellow in the geranium. What to do?