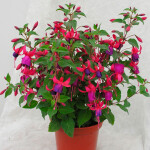 A beautiful two-tone flowers fuchsia often can be seen in pots and in a suspended Kapsch. Fuchsia blooms abundantly beautiful and long lasting flowers, which are shaped like a bell, that many people find attractive.

Grown in a garden shrubs and potted plants, fuchsia (fuchsia spp.) Is a genus which contains about 100 different species and at least a few thousand species.

Fuchsia hails from East Asia and Africa. Recently, fuchsia has become very popular due to its undemanding in care. Differing in color and appearance of plants commonly found in gardens or flowerpots. 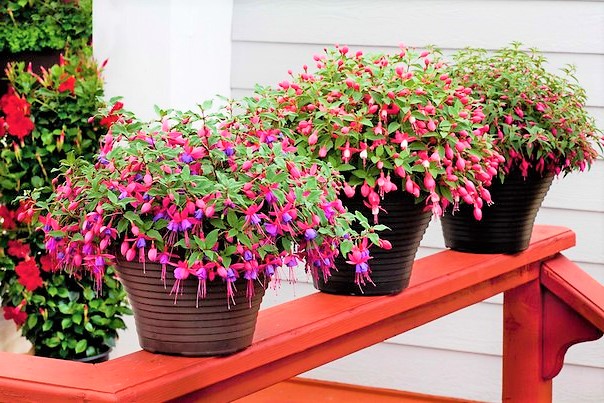 At this time, the plants go into a state of rest, and do not bloom. About a month before the last frost cut branches up to about half of their length, and placed in a well-lit place, away from direct sunlight. With the warming of the plant take out in the garden and is grown in accordance with the above tips.

Fuchsias can persist for many years, if they are given a period of stable conditions before planting or placing them among the other plants in your garden.

How to grow a hybrid fuchsia

How to propagate azaleas at home

Growing onions. How and when to plant onions

Growing cucumber seedlings on the windowsill