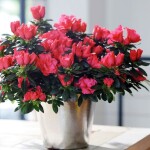 Azalea Houses are one of the most beautiful plants that are successfully grown in pots. Flowering at different times, they can decorate the house almost all year round, especially in the winter months glad of the eye of the flowers bouquet. It can be simple or terry flowers of different colors: white, red, pink, purple.[/SU_Quote] 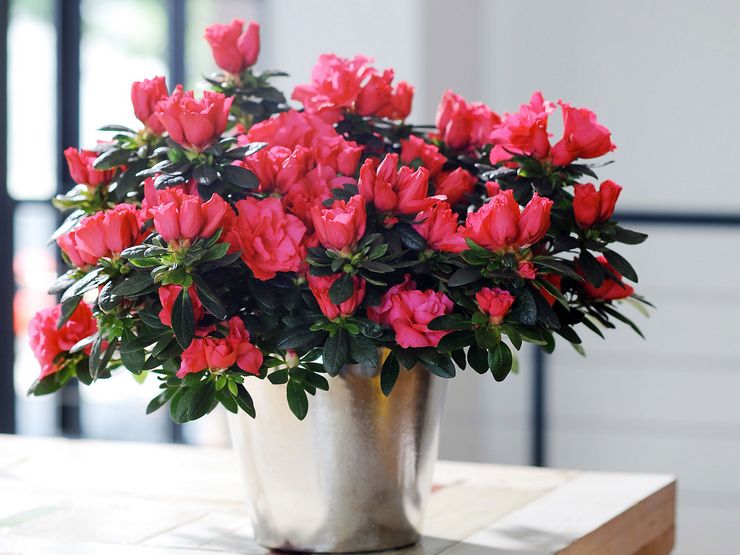 In the wild, there are about 350 species, only two types are grown at home. As a room plant is popular: Azalea Indian and Azalya Japanese, (which meets less often). It is an evergreen shrubs with a height of 30-50 cm. On their basis, many varieties of indoor and garden azaleas are grown. They differ in the size and shape of the bush, but mostly flowers.

Flowering azalea in pots covered with lush inflorescences, looks like a festive bouquet. Blossom continues mostly two or three months. You need to know how to care for them at home, because inexperienced flower flowering is often unable to achieve repeated flowering. Not knowing the peculiarities of the plant, after flowering, they simply throw out the flower.

The reason for foliage is the inconsistency of the temperature conditions in the apartment. The fact is that the flower requires different moisture and temperature in different periods. If there is no possibility to protect indoor azaleas from the heat, it will be very difficult to grow.

Azaleas are usually bought during a period of abundant flowering.

Please note!choose a room azalia in the store that has many buds, but not flowers. Such a plant is easier to adapt to new conditions and will bloom longer.

How to care for azalea after buying? It is not transplanted immediately, it is necessary to acclimatize to the terms of the apartment. This will happen in two or three weeks.

Home Azaleas suffer from high temperature and dry air. The main thing for the flowering of azaleas is a cool room temperature. For normal development, do they need 15-18? C. Azaleas bloom at a temperature not higher than 20? C, if the temperature is higher, the buds are not formed. Therefore, the bought flower is worth placing in a cool place away from heat. Many flower water watered with cold water.

Azalea grows and blooms only on acidic soils, so it is better to buy a special soil mixture for it. Soil for azalea should always be slightly humid.

How to water Azalia

Azaleas love wet soil, so they should be watered often and abundantly. These plants are difficult to water: you need to ensure that the soil does not drive, and at the same time dosage water so as not to pour flower. If there is no humidity, the plant reacts to this yellowing of the leaves. Excessive humidity can destroy the roots of the plant. Be sure to merge excess water from the pallet, otherwise the roots of Azalia will begin to rot.

Azalea watered daily or every other day, depending on the humidity in the room. In a severe heat, it may be necessary to water the plant twice a day, because the soil in the pot always should be slightly humid.

Please note!Even short-term drying of the substrate will lead to the casting of flower kidney.

For irrigation, soft water – azalea does not like tough water, and even drinking water from the tap is not the most perfect choice. In this water and contains lime and chlorine, Azalea, these substances are contraindicated. Therefore, you can boil drinking water, add a few drops of vinegar and use. From time to time to water for watering, lemon juice can be added (one teaspoon on 2 liters of water) so that the flowering is even richer and brighter.

In October, watering gradually reduce, but in December, when Azalea blooms, she again needs a lot of moisture. In the summer you can spray the leaves.

Azalea flowers how to get down?

During flowering, special attention is paid to fertilizers. In stores you can find a number of liquid fertilizers for azaleas. If failed to find a fertilizer for azaleas, it is likely that it will be marked as “fertilizer for Rhododendron.” Like water, fertilizer should not contain calcium. It should be sour and rich in potassium and iron.

It is recommended to fertilize twice a month during flowering, which can last from about 6 to 8 weeks. Fertilize in the summer months or from spring to autumn. Winter fertilizer is not needed.

Some indoor plants can not be disturbed during flowering, but azaleas can be moved, rearrange. It is important after flowering to return to the place where the buds have been laid.

The most important in the period of peace is the temperature. October-December about 10? C, January-February 16-17? C.

Watering regularly. Unlike other plants, Azaleas also need light after the leaves of the leaves. She is not put in the shadow.

Azalea has no deep roots, she has enough smaller and wide pots. If the roots are enough space, then there is no need to transplant. When a transplant is needed, the plant is neatly removed from the tank, cut the roots and shift into a new pot. Roots from the soil do not purify. 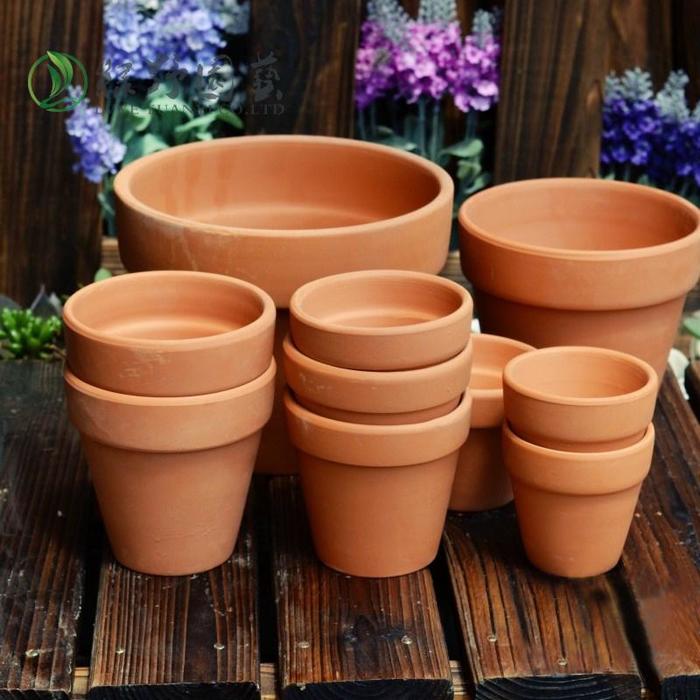 The transplant is carried out by overloading, you need to try not to damage the roots. Root neck is not immersed in the soil, otherwise the plant will perish. Young plants transplanted once a year, older – about once every two or three years.

When is Azalea flowers?

For the first time azalea blooms in three or four-year-olds. Depending on the variety bloom from February to June. The flowering time depends not only on the variety, but also on the conditions of detention and the period of rest. As a rule, Azalea blooms once a year, but sometimes they can be bloated again in a few months. This will happen only if you create ideal conditions them.

Care for azalea flower during flowering: Bright diffused light is needed, but not a roast place under the right sunlight.

Important! In very hot and dry rooms, the time of flowering azaleas is reduced, and in some cases buds can be completely false.

Shortly before flowering you need to remove young shoots. They weaken the plant and worsen flowering. When the buds are swinging, removed faded so that they do not expose the plant excessive load.

Why not blooms azalea room

No flowering testifies to incorrect care. The reasons may be the following:

Azalea does not like drafts, and when carrying out the room, the cold wind does not fall on the plant. It is especially affected by warm air from batteries. If Azalea suddenly drops the leaves, in the room for her too hot.

With insufficient lighting in the fall and winter, the bedroom azalea can drop the leaves, and not to form floral kidneys. Ideal for Azali is the content on the eastern or western windows. From the south side they will overheat.

A large number of new shoots extracts energy from the plant. In addition, if late with trimming, and trim during the bootonization period, you can harm them.

If it is not possible to create the necessary conditions for its azalea, then she will delight the flower bouquet only once. If you pay a maximum of attention, it will decorate the house for more than a year with bright colors.

At home, azaleas breed predominantly staring. However, it is a long and troublesome business, so buy a plant in the store is much easier.

Azalea on the trunk

Azalea on the stamper looks outwardly resembles a tree, with a barrel and a crown. To form such a tree, leave a strong and even branch for the trunk, the side shoots cut off. Upon reaching the necessary height, pinch the top so that it goes. 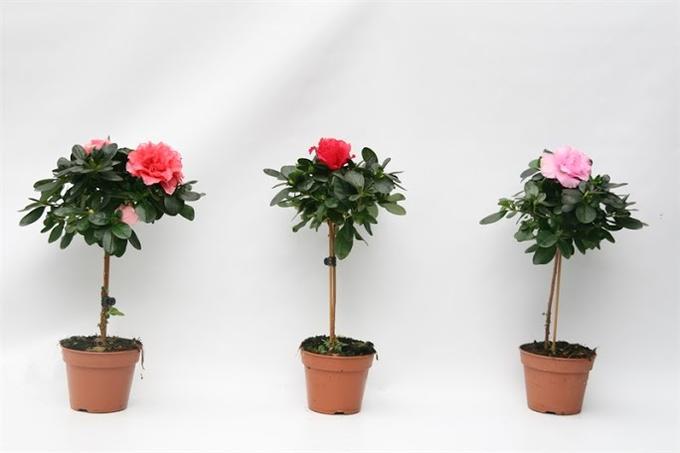 Flowers on a strain

Unfortunately, at home they often get sick, drop the leaves and die flowers. Plant care involves the fight against various diseases and parasites.

The room flower is becoming increasingly popular and the caprises of Azali do not scare away lovers. To have a plentiful flowering plant, you need to know how to properly care for flowers in the room at different times.

How to propagate azaleas at home

Croton: Care rules for a beautiful flower at home

Roses in the country. We plant a rose garden with his own hands