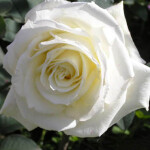 Among all the colors of roses have a special place where the hybrid tea varieties are distinguished by the shape and size of the bud, color and terry petals. Roses have been bred by crossing remontant and tea roses, and from these two types of hybrid tea received all positive qualities. Today there are thousands of varieties of hybrid tea roses, which have their differences, but the similarities they have one – they are very beautiful
. 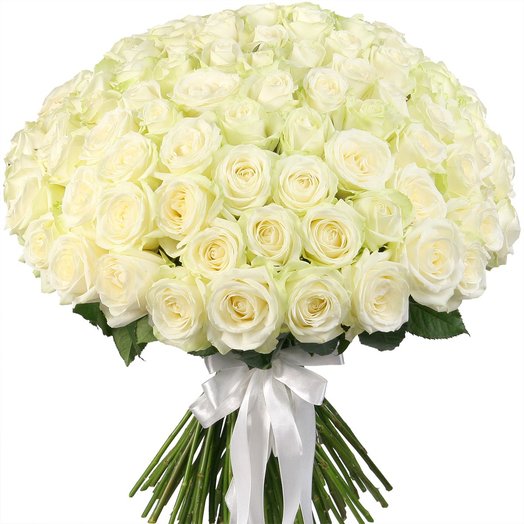 Bud dense, cone-shaped. Dismissing, side lobes slightly separated from the tight bud and bend down and reveal a fully become cup-shaped. Size revealed flower can reach 13 cm long Blossoms -. During the summer and part of autumn. there are short breaks between periods of flowering.

There are several ways of growing Dutch roses – seedlings and cuttings. 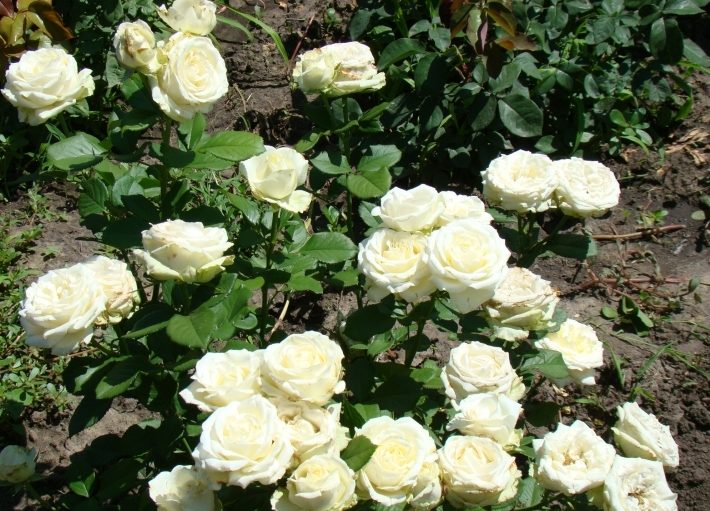 Roses should be placed away from the plants with large crowns provide shade. They like sunny places without drafts, with good air circulation. These flowers are particularly sensitive to heat, Roses growing in the sun, quickly formed, produce more flowers. In the shade they grow slowly, forming a long, thin shoots, are affected by diseases and pests. In semi-shade they will grow, but will bloom less. The brighter the spot, the rose will bloom profusely Sweet Avalanche. It is desirable that the lighting was in the morning and light penumbra in the middle of the day.

Seedlings planted in spring and autumn. In the autumn – in September, in the spring – in April. Landing pit made such that the roots of it arranged freely. The depth should be at least 50 cm, the bottom drainage holes must be made of sand or gravel. Do not allow water stagnation.

Additional information!Roses like slightly acidic, fertile soil that can be easily passed air. Heavy clay or wetland must be drained and sandy or rocky – fertilize. Shrubs are planted at a distance, so they do not shade each other.

Before planting seedlings is desirable to hold a few hours in the water, especially if the root system they have open. Damaged roots must be removed to shorten the shoots – weak and damaged to cut off, leaving a strong branch. This process will accelerate the growth and rooting of the plant.

Caring for plants in the first year after planting, determine its further growth and flowering. Over the rose Avalanche season requires regular care:

Basic fertilization carried out in spring and mid-summer. For fertilizer, combined organic and mineral supplements, Rose takes a positive view. This variety is especially sensitive to a lack of nutrients:

Note!Nitrogen at this time do not contribute, as the plant will start up new shoots, which do not have time to get stronger for the winter and vymerznut.

Around bushes in the region of 30-35 cm dig furrows and watered. Then they poured fertilizer and fall asleep on top the ground. The next day, under a bush, loosen the soil.

The soil around the bushes recommended zamulchirovat. Mulching will prevent rapid evaporation of the water and the growth of weeds.

Watered profusely in the heat, once a week with warm water. If the moisture in the soil will not be enough, it may cause a partial abscission of leaves and slow down the growth of shoots.

For shaping bush pruning carried stems. With proper pruning, you can get a neat bush.

The spring is carried onto the cutting before kidney awakening – after removal of the cover cut old, damaged threads. Young and healthy shoots are cut by a third, to give bush shape.

At moderate rainfall rose Candy Avalanche too suffer from them. But during the heavy rains and cooling air bud rot – duck, was not disclosed. By heat resistant rose.

Pests and Diseases reduce rasteniy.Uhod for decorative card must first be in the prevention and timely processing necessary preparations: copper and iron sulfate, Bordeaux mixture, soap emulsion nitrafena solution. The choice of drug depends on the climate, the number of pests and plant diseases.

In the hot and dry season is the most dangerous pest – spider mite that feeds on sap of roses.

For the roots of tea roses dangerous larvae of the May beetle. To combat the larvae before planting in open ground plants treated with the formulated”Fitoverm”,”Aktofit”.

In autumn, when came the cold, roses need to hide from the cold. With bush remove buds, leaves, pruned shoots. Their spud sand or dry soil to a height of 30 cm and cover the top with sawdust, peat, fir branches and other material to insulate. Bushes in early spring should be released from the shelter.

Rose Sweet Avalanzh looks great in a bouquet and flower arrangement on a bed. Rose can be used in group and single crop. Compositions roses can be combined with other flowering plants.

Roses shraby what it is