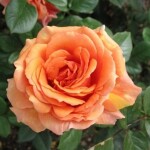 Among all the varieties of roses stand out hybrid tea varieties and count thousands of varieties, and they are very popular with gardeners and occupy the pride of place in any garden. 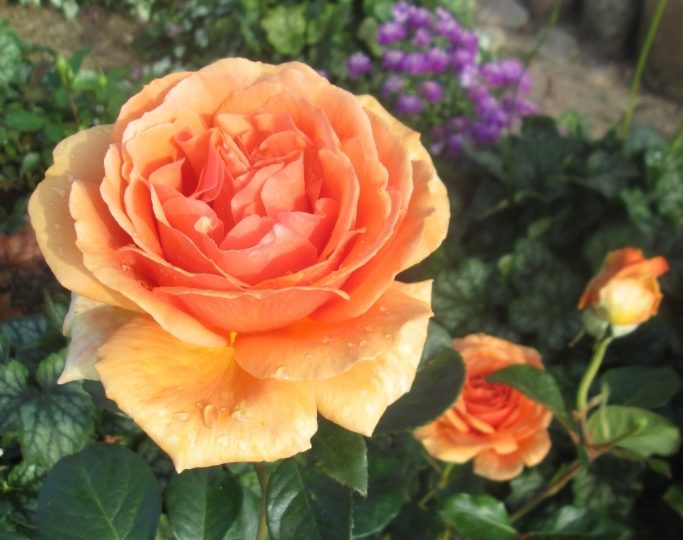 Crossing tea roses and remontant in the middle of the XIX breeders brought hybrid tea varieties that have better qualities: they are more cold-resistant and far more resistant to disease than the older variety, it has a huge number of options for the form of buds and flavor.

If desired, it is easy to make stam form, they are ideally suited for small gardens. Rosa hybrid tea Ashram was bred in Germany in 1998. This beautiful rose with unusual coppery shades of peach petals. Colors are bright and large, with a diameter of 10-13 cm, have a cup shape. On one spike may be from 1 to 3 flowers.

Note! Cut flowers look good apart from the bush and are a long time in a vase.

Mass flowering of the varieties of roses begins from June to the end of July, and then after a short break starts again bloom profusely until late autumn.

Hybrid is very stable and strong, although slightly prone to diseases, even of weak seedlings grow strong developed hives.

Ashram Rose have a light delicate flavor. Blooming flowers on the branches long. First they brown-orange, but as blooming and become lighter. All flowers bloom at the same time not, and it looks as if a bush blooming colorful blossoms.

Bud petals are tightly adjacent to each other, but when they bloom, slowly leaning back, look like lace. 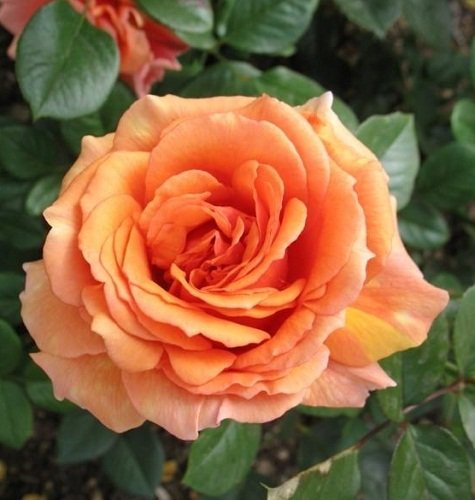 Planted them in spring or autumn. For planting shrubs selected highlights. Even in the semi-shade plants in bloom poorly.

The area should be protected from wind and drafts. They inhibit the plants and contribute to the spread of fungal diseases.

By preparing in advance the landing pit, seedling removed from the package and have it so that the vaccine was buried at the root of 3-5 cm. Prisypaya root system trying to avoid voids formed near it. Compacted soil and abundantly watered. After watering the plant from drying out the soil spud in the first days after planting.

As with all garden roses Ashram Ashram Rose need nutrients: nitrogen, phosphorus, Kalia, magnesium and others.

Fertilizing roses affects the formation of multiple buds, the brightness of the petals, and increases resistance to disease and pests. 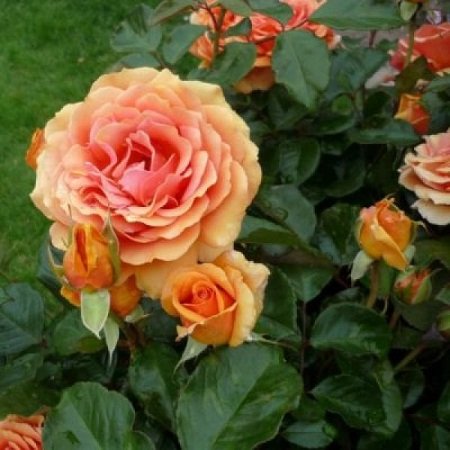 To the rose garden bloomed magnificently, you need time to fertilize, to carry out pruning and disease prevention: 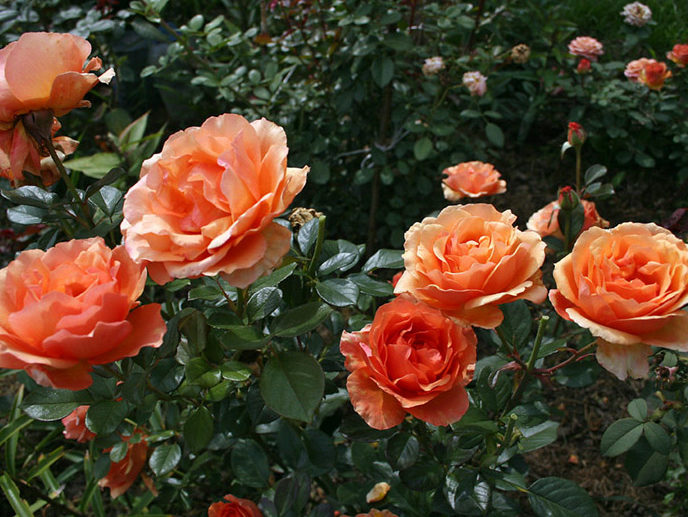 For the prevention of diseases and to give an attractive appearance bush roses shoots must be cut. Pruning is carried out in the spring, summer and autumn.

In the spring cut the weak, and unhealthy podmerzshie shoots, and those that grow inside the plant.

An important part of the rejuvenation of stems is carried out before the shelter for the winter. Be sure to cut off the undeveloped and very young shoots. In them there is a lot of moisture, and upon the occurrence of frost they are frosted and reduce frost plants.

To protect plants from frost dropwise and cover the top leaves, fir branches or mulch.