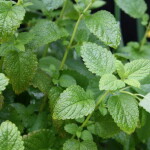 Fresh lemon balm is an herb that has a pleasant lemon smell. It has been used for centuries as a medicine, and as a seasoning in the kitchen. The plant in the garden is a lush greenery that complements various parts of decorative flower beds. Growing melissa in a garden or in a portable container is relatively easy, and even beginners can do it. 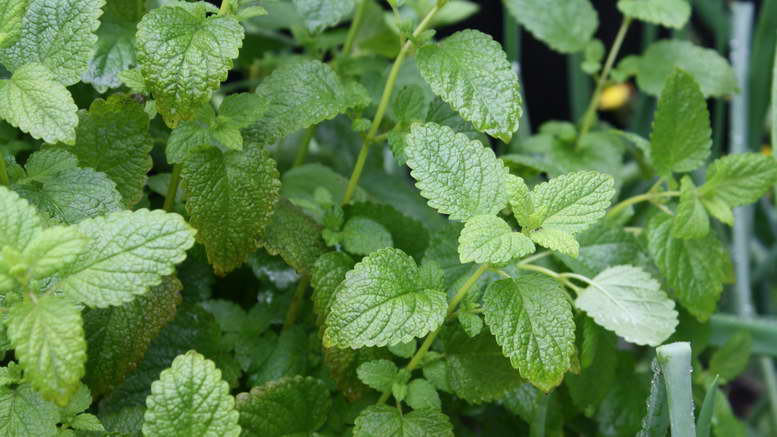 Melissa’s homeland is the Mediterranean region. The perennial plant has taken root in almost all warm or temperate regions around the world. Bushes with branched stems grow to about 60 cm in height. Square stems indicate belonging to the mint family. It is difficult to keep the plant compact, because it likes to expand, and growing forms thickets.

Oval or heart-shaped, slightly toothed leaves, densely arranged in pairs at each joint of the stem. Flowering takes place in July – August. Inconspicuous white flowers, sometimes with a yellowish or pinkish tinge, bloom in the axils of the leaves, and attract bees, because melissa is rich in nectar.

Additional information! The roots grow to a depth of 20-30 cm . The aboveground part of the plant annually dries up at the base for the winter. The root can withstand more severe frosts, and again the greens appear in spring thanks to an intact root system.

Growing melissa in the garden

This plant can be combined with other herbaceous aromatic plants such as mint, thyme, basil, sage and marjoram. It adapts easily and grows in a variety of conditions.

Melissa grows best in bright sun, although a little shade may be useful. Under direct sunlight, the smell will be more intense. 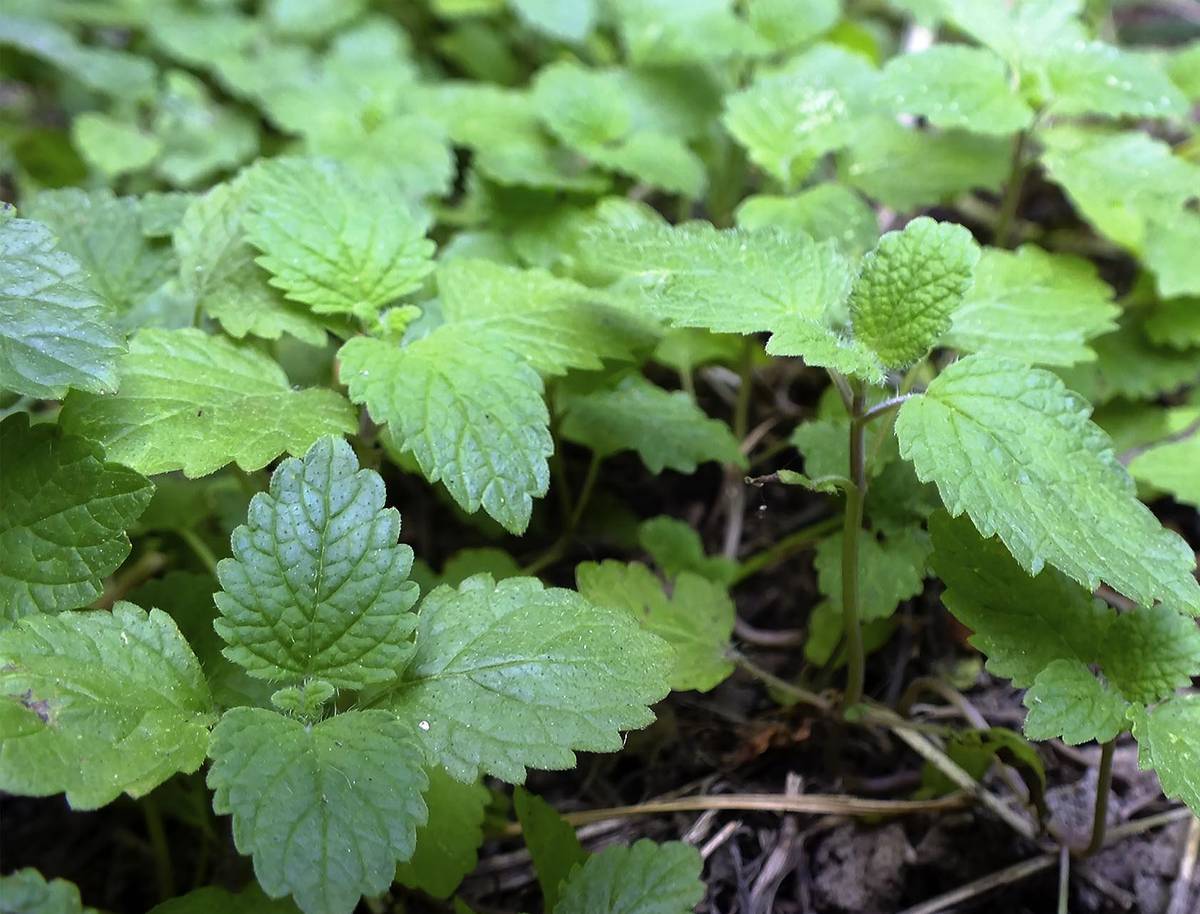 Melissa can grow on different types of soils. Alumina-sandy or sandy soil, permeable, neutral and rich in nutrients is suitable for growing melissa. The only soil that does not support melissa is clay. To improve the texture of clay soil, you can add sand, sawdust or peat to it.

Recommended soil after legumes or root crops. Plants grow continuously in one place for many years. Prefers not very moist soils with a high lime content.

This plant does not feel well in drought conditions, but wet and waterlogged soils should also be avoided. After rooting, melissa can be watered as needed to keep the soil moist, but not watered until the soil is completely saturated.

You can fertilize the soil once before planting, and then again after collecting the leaves to stimulate further growth. The growth rate and intensity of the fragrance of the leaves can be maintained by adding compost or organic fertilizers.

Pay attention! It is recommended to periodically clean the area from weeds on which the plant grows. Mulch around the plant to avoid weeding.

In the spring, dead, damaged and dried parts, thick, woody stems that are useless are removed.  In summer, the growth is regularly cut off (up to 4 times). This will contribute to the further branching and growth of new shoots. To prevent the plant from producing too many seeds, it must be regularly pruned.

It is quite easy to reproduce melissa – it does not require much effort. Propagated by cuttings, shoots, division or layering, can be grown from seeds. After 3-4 seasons, the plants are replaced with new ones, since during this time they usually fall into decay.

You can divide old bushes in spring or early autumn. She likes to sow herself in the neighborhood in large quantities. In some situations, they can spread somewhat aggressively that some gardeners grind the roots in autumn.

It can be pre-grown with seedlings. They are planted on a flower bed after spring frosts (after May 15) in fertilized and loose soil. Plant not too thickly (about forty centimeters from each other).

An effective way to grow melissa is to divide the bundles in the spring, making sure that all the separated parts have a sufficiently developed root system. Part of the plant with roots is transferred to a new place and after planting is thoroughly watered.

Rooting stem cuttings is the preferred method of reproduction, because it is reliable and simple. A piece of a healthy stem 15-20 cm is cut from the top, the leaves are removed from the lower half, and placed in a glass of water. Choose a bright, protected from direct sunlight place, and change the water every two or three days. After about 10-14 days, the stems will take root.

They are transplanted into a container with potted soil. In three to four weeks, the rooted cuttings will be ready to move into the garden.

Control of plant diseases and pests

This plant has few problems with insects or diseases (sometimes it is affected by powdery mildew), it can be affected by aphids, or spider mites.

During the rainy season, the plant is affected by dark spots on the leaves. Melissa is also susceptible to various fungal diseases, such as root rot. It can be prevented by avoiding stagnation of water near the bush. Protective procedures are practically unnecessary. Cut off the infected parts of the plant. If the disease continues to spread, the plant is removed and nothing of the Mentha genus is grown in this place for at least five years.

Melissa herb, the benefits of which are huge for humans, contains essential oils, tannins, organic acids, mucus, flavonoids and minerals.

Melissa is used to make herbal tea, which has a calming effect on the nervous system: relieves nervous tension, stress and insomnia. Melissa tea has a calming effect for colds, coughs, digestive problems and heart problems, It also increases the production of bile, reduces heart rate and a little blood pressure.

Antiviral, antibacterial and antifungal properties of this plant are used by:

Melissa officinalis also has contraindications. It should be borne in mind that it partially suppresses the activity of the thyroid gland, so its use is not recommended for people suffering from hypothyroidism. For the same reason, it is not recommended to take during pregnancy and lactation. Also, it should not be used by those who are at risk of developing glaucoma, since according to recent studies, this plant is able to increase intraocular pressure.

Use in the kitchen

Throughout the season, you can use fresh lemon balm for making tea and for other purposes in the kitchen.

It is used in the production of liqueurs or as an ingredient in natural cosmetics,

Pay attention! The leaves are used fresh or dried, although the dried leaves lose most of their flavor. In the kitchen, they are widely used for flavoring drinks, salads, meat, fish, desserts and jams.

Melissa officinalis is harvested in May before flowering. Harvesting is carried out in dry and sunny weather, because in wet and cold weather there is a risk of evaporation of the smell of leaves For medical purposes, it is dried as quickly as possible at a temperature of 30 to 40 C in a place protected from sunlight. With slow drying, the leaves turn brown and crumble. Well-dried lemon balm should have a green color with a hint of gray, a sharp taste and lemon flavor. The dried preparation is stored in a well-sealed container. Dried grass is stored for no more than 1 year, with longer storage it loses useful substances.