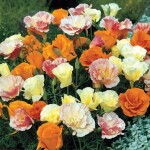 eschscholzia or California poppy – a perennial plant that grows in our gardens for several years. Because of the petals, it is called the golden poppy. 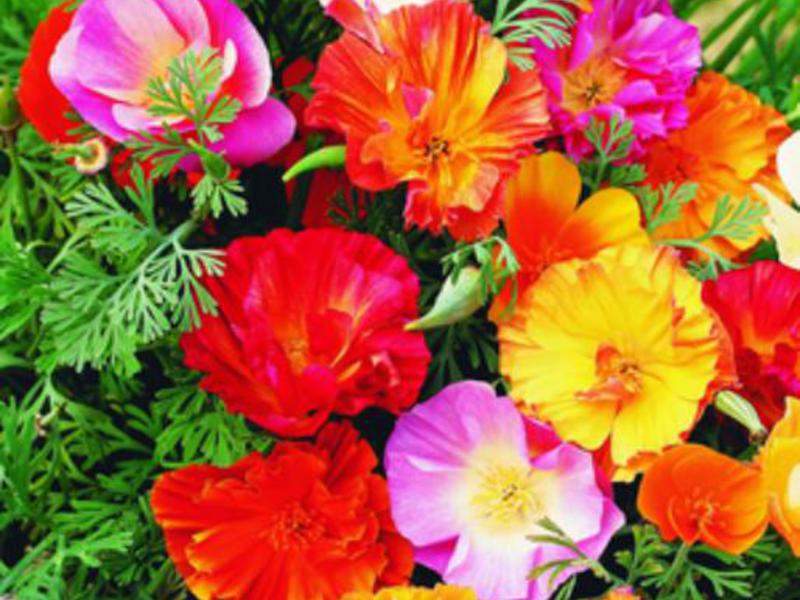 What is eschscholzia (Eschscholzia) or the California Poppy

Eschscholzia belongs to the family of poppy, it consists of several dozen different species. This plant was first found in North America, in the western part. Today, the California poppy is also common in Australia, South Africa and Europe.

The plant is very beautiful and romantic, does not require special care and is becoming increasingly popular in cultivation.

California poppy – annual or perennial herb, up to 60 centimeters. Seeds culture can survive in a drought, and germinate during the long rains. In cold winter conditions, or in very dry Gold Poppy areas experiencing only one phase growth. If environmental conditions permit, the plant forms a thick taproot, and it grows in a few years. Delight gardeners throughout the summer bloom which begins in June, and sometimes as early as May.

Single flowers can be simple and terry. They have a bell-shaped, and each bud does not live more than four days, so long flowering is due to the constant change of colors.

NoteIt should be noted that the flowers eschscholzia – day. At night and on cloudy days they are closed.

flower petals may be pink, orange, yellow or white color.

A month after pollination begin to ripen fruits – seed pods oblong. They are like a rounded pods of up to 7 cm. Inside are many small seeds grayish-brown color.

Golden Poppy – a plant from the rough and stony soils where other plants difficult to survive. He grows well in arid and poor soil nutrients. If he feels comfortable in the garden, it almost does not require measures for the care and growing their own, spend the beds overgrown. It is valuable that the blooms of the few plants in the period from May to June. He therefore closes the gap between daffodils and tulips first spring and summer flowering plants. 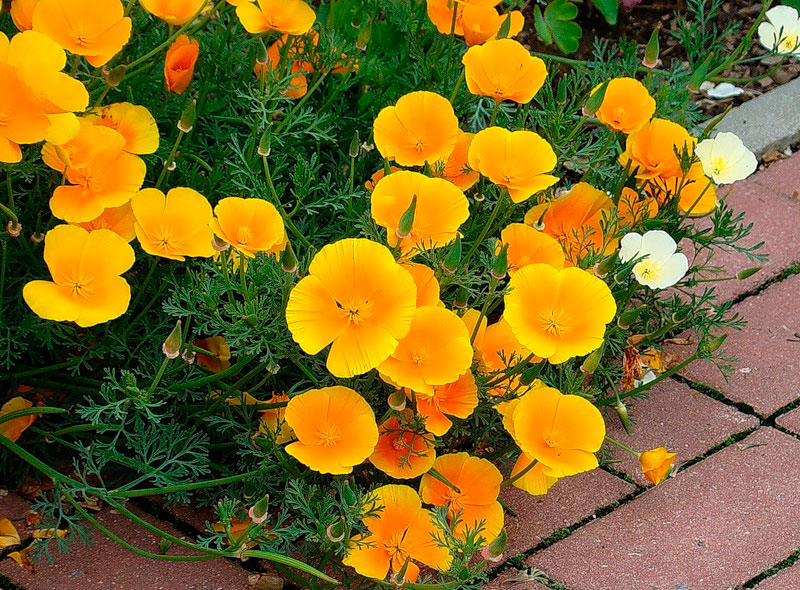 Additional information!The plant forms a thick taproot in good conditions. Therefore, the soil in which grows the golden poppy, should be very loose. In these cases, the plant survives in cool winter without damage, and again in the spring grows from the root.

Eschscholzia loves dry place and tolerate high temperatures in the scorching sun. It must be watered only in longer periods of drought, or frequent watering is more likely to hurt her.

Air access to the roots of the soil must be regularly to loosen and remove the dried flowers in a timely manner.

California poppies need to fertilize only in very sandy and infertile soils. When the plant grows in the spring, it is best to scatter on the ground from one to two handfuls of slow released fertilizer per square meter. Further fertilizer is required.

eschscholzia: cultivation of seeds, when to plant seedlings

Additional informationThe easiest and most effective method of reproduction – the seeds. They can be stored for a long time while maintaining its properties.

Seeding – a very good and inexpensive method for growing poppies Californian steppe. Seeds can be sown in open ground in the spring, when no longer expected frost. To small poppy seeds are not washed off when watering, the soil should be thoroughly moisten before sowing. In places where it was planted flower fully replenished, and it does not need to plant or sow each year.

In the pre-cultivation in the house from February to April, the plants bloom in the first year from July to August. 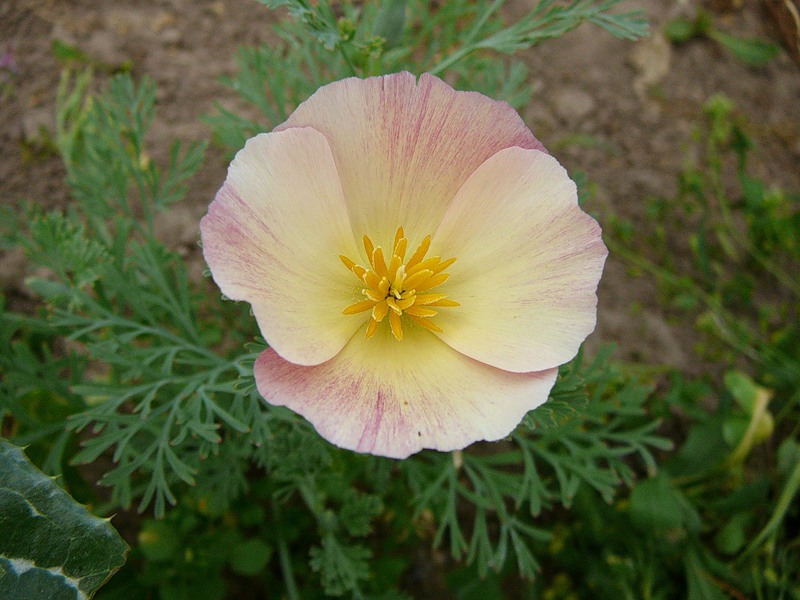 Sowing outdoors requires less effort than the preliminary in the home, but for flowering plants require considerably more time. As a rule, the golden poppy sown in open ground in bloom the second year.

Dates of sowing, advantages and disadvantages

A great solution is to plant the seeds in the fall. Autumn sowing is usually done in October, mostly in dry weather, but with the onset of cold weather. With this approach, the weaker seeds simply will not survive in such conditions, but flowering occurs sooner.

To prepare this special groove depth of about 5 cm. Seeds are sown and gently pushing them into the soil. Mulch the ground to prevent freezing of the soil at the landing site, as this greatly hinders the development of the root system.

Features care in the garden

As a rule, the California poppy is cultivated as an annual plant. If it is grown as an annual plant in the garden, then it does not need to cut. As a perennial, old dried leaves can be cut off near the ground in late winter before the new shoots, to provide more space for the young shoots. If the old, dried leaves are not cut off in the fall, they will provide sufficient protection during the winter. In addition, a layer of straw or leaves may be deposited on the ground.

If the golden poppy is in a protected area and a well-grown root can easily withstand low temperatures and then grow from this root spring.

What to do to get seeds?

You have to wait until the boll is not formed on a flower. If it is still green – the seeds are ripe. When it becomes dry and brown, then the seeds are mature and can be harvested. Store them in a cool and dry place.

In general, Eschscholtia well propagated through self-seeding, so the extraction of seeds is required. Next spring, a few dozen beautiful flowers delight the eye. However, if they are to be planted elsewhere, flower boxes are placed in special bags of gauze. After 4 weeks they are cut and take out the seeds.

eschscholzia varieties are most popular with gardeners

In eschscholzia many hybrids and cultivars. Each of different flowering period, type and color of inflorescences 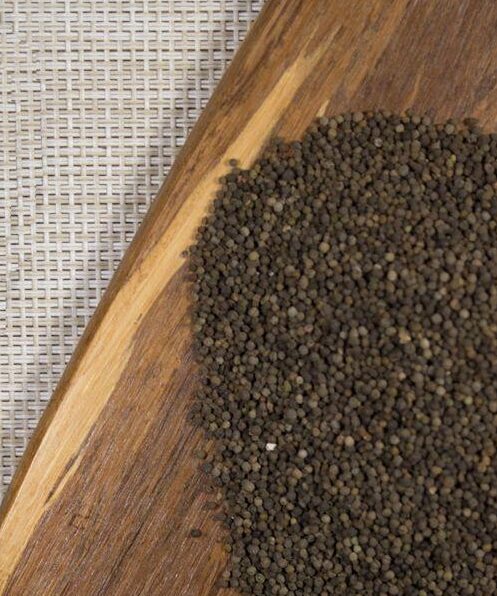 If the golden poppy is in a sunny, warm and dry place in the garden, it is very rarely sick or infected by pests. If the summer is very wet periods – can be very rot or be subject to mold or fungi. Sandy, well-drained soil can prevent it.

Eschscholzia very resistant to various diseases, but not immune to all diseases. The most common problem with this plant – root rot. It is caused by excess moisture in the soil. The disease manifests itself as a fading flower. Infected plants were removed, treated with its neighbors fungicide solution.

The main problem in the dry season is the spider mite, which envelops the network leaves, and you can see little point running on the leaves themselves.

Every plant in nature has a specific purpose. Ancient Indians have studied the healing properties of eshscholtsii a very long time. Modern medicine uses this plant extract as one of the components in the sedatives and analgesics. In addition, drugs based on plants are safe, so they can use all, regardless of age or individual problems with the body.

It should be noted that the formulations based on Eschscholtia can have side effects that can develop only when exceeding the dosage. It can cause allergies. To avoid unpleasant consequences, physician instructions must be strictly observed.

Eschscholzia looks attractive in combination with similar or additional color hues. As neighbors suited plants, which require the same lighting and soil conditions. Flowers look more beautiful when they are grown on a large scale.

How to grow and care for carrots

How to grow and care for corn

How to grow vegetables in the garden

Growing onions. How and when to plant onions