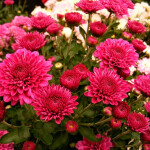 Chrysanthemum – the most popular flowers after the Rose. They bloom later and delight with its luxurious flowering up to the frost. 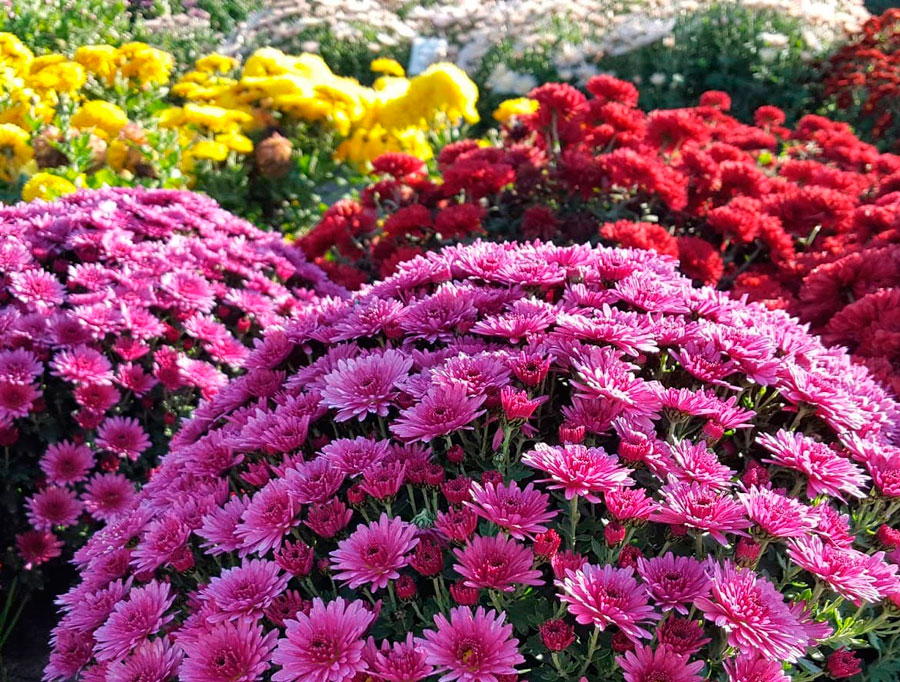 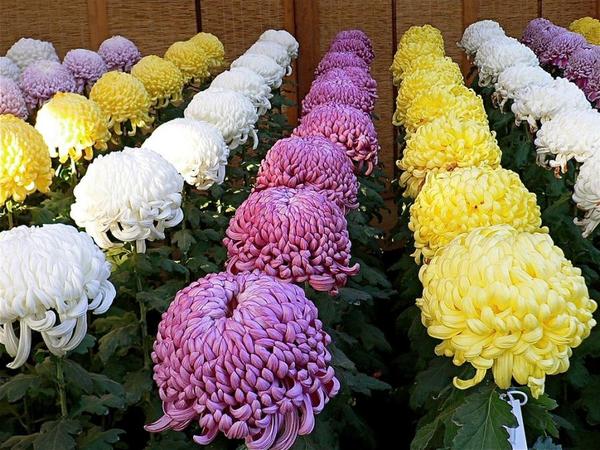 Tubular petals, curving inward to form a tight ball striking. It looks like, for example, the Indian Gazelle chrysanthemum. These flowers are not difficult to propagate.

Gardeners fall planting, and large-chrysanthemums are in our gardens becoming more common. Sometimes the true name of the variety has long been forgotten. Private traders are selling on chrysanthemum market with romantic names of White Swan, Snowflake, Snow Globe or The Snow Queen.

ImportantThe main task for growing”big” chrysanthemums – to protect them from winter frosts, because, unlike the Korean chrysanthemums these flowers do not spend the winter in the open field.

Sometimes it attempts to keep the planting material in the cellar end in tears. Bushes rot before they reach the spring. The most common mistake during storage of queen cells is that chrysanthemum, dug out of the ground, tightly tied in a plastic bag.

Sometimes earthen room further watered to keep the moisture longer. This should not be done. When moisture buds wake up and begin to grow. In the dark cellar, they are drawn, draining plant, and soon the whole bush dies from malnutrition, and fungal diseases.

In the spring it seems that all is lost. Do not rush to throw rotten roots, place them in a bright place or prikopalis not buried root collar. Perhaps, somewhere preserved rostovaja kidney, which will give a new shoot. It is necessary to separate and root.

Additional information!Bushes chrysanthemums are dug in dry weather when the ground is slightly damp. The stems are cut at a height of 20 to 25 cm, in the spring they grow young shoots, which can be used for breeding.

The mother liquors from the good land clod placed in boxes or other containers and covered with a thin layer of compost or sawdust, to denude the roots are not. You can use sphagnum moss. He will protect the plant from drying out. Winter queen cells is checked and only sprayed earthen room, if the soil is strongly dried up. In April of the light is taken out, poured, and a week give the first feeding, dissolving 5-10 g urea 10 water.

Grow cuttings in the formation of 4 pairs of leaves break off from the parent plant and rooted in pots. They are planted in moist soil rich in sand and covered with foil. The soil in the pot should be moist, but not wet, it occasionally sprayed with a weak solution of potassium permanganate or onion peel. Only after the formation of new leaves shoot a film, and the cuttings are planted in the flower bed. 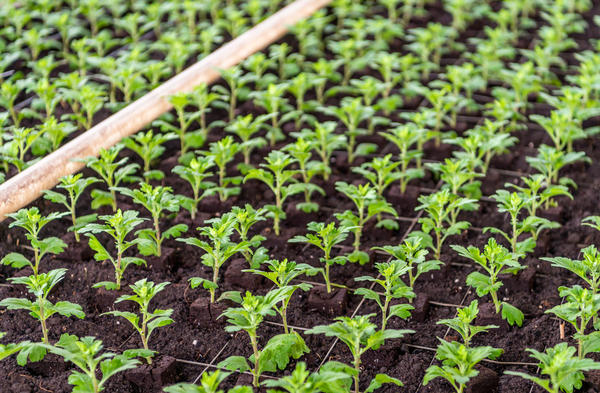 To obtain high cutting all side shoots removed, leaving small penochek in the leaf axil. In central Russia flowering chrysanthemums occurs within 90-110 days after planting. The”big” chrysanthemum is advisable to leave only 1-2 stems to the buds have time to open up.

Chrysanthemums are very demanding to nutrition. During the season, they should be given 6-8 fertilizing complete mineral fertilizer, manure infusion or bird droppings. With the shortage of food and moisture instead lush handsome white bloom frail sided urodtsy that do not justify the effort.

The process of growing large-chrysanthemums is very time consuming, but if you learn the ins and outs of this case, they will generously reward you for your care. With Korean chrysanthemums are much less of a problem. Most of them carry even very harsh winters under a small shelter of leaves or spruce lapnika.

These flowers are different rich palette of colors. Pink-magenta-grade Malchish Kibalchish and red and orange daisies are in the center of a yellow center and do resemble colored cute daisy. lipstick Terry varieties and Lelia blaze all shades of red and burgundy. Korean chrysanthemum Okishor give pale pink flowers. In the variety Svemba Kars yellow sunny flowers. Even white chrysanthemums Snowball Umka and have different shades. At one flower color pure white, others – with a barely noticeable purple haze.

If you have a garden several varieties of different colors, the autumn garden will bloom magnificently as well as in the middle of summer. Chrysanthemums are well combined with other colors, and decorate any flower bed.