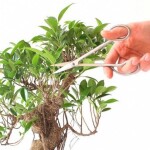 One of the most common and easy to grow houseplants – ficus Benjamin. Its main advantage – decorative and attractive. Proper pruning allows to rejuvenate the flower and give it an attractive appearance. 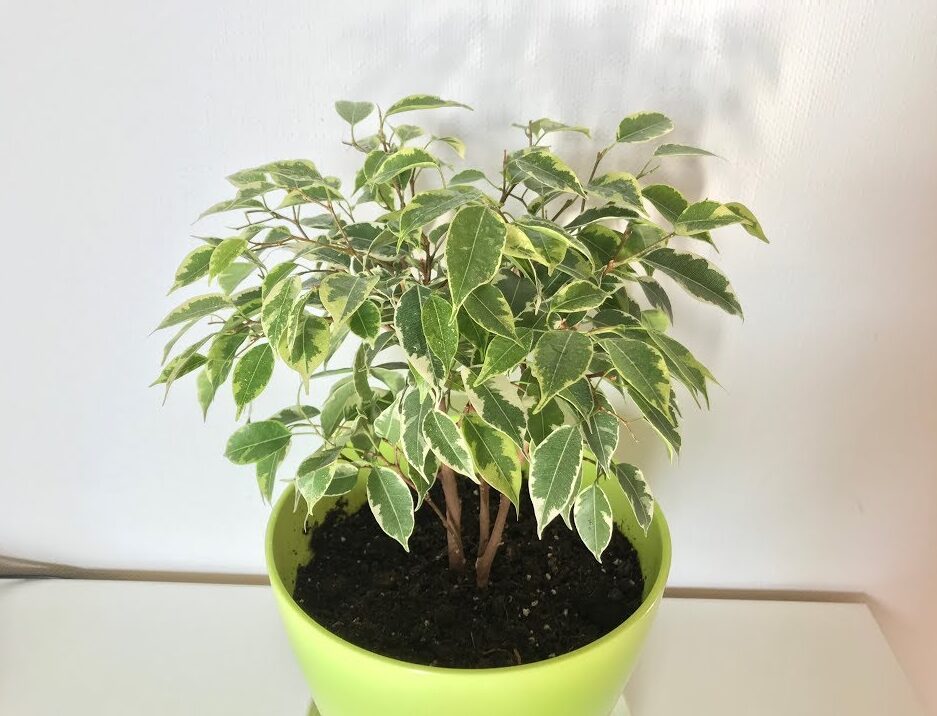 What you need to know about pruning ficus?

Despite the fact that over the ficus does not require special care, it is necessary to periodically trim the stems to keep its beautiful appearance.

They have a positive effect on the condition and decorative flowers. The main reasons for trimming ficus: thinning of the crown, removing interfering each other branches, the preservation of the previously formed crown or improve plant rejuvenate.

When should I cut ficus?

Over time, home ficus can reach a height of two meters. Therefore it is necessary to know the rules of the trimming process.

The right time for the procedure – spring. Spring pruning will provide a more luxuriant plant. After removal of many shoots nutrients will be spent on the remaining healthy stalks and the plant will restore the health and look better. Strong beautiful plant will decorate the room more than a year.

Autumn-winter pruning can cause one-sided development of ficus, and it will grow distorted. In addition, the fall and winter ficus uses nutrients accumulated in the ground part of the period of active growth, and pruning robs the plant of these stocks.

Sanitary pruning can be done by removing the dry, damaged branches at any time of the year.

The formation of the crown of ficus Benjamin

Ficus benjamina has a feature to quickly increase their leaf mass. Crown can be shaped differently in order to impart an unusual form. As a result of such a procedure possible to form the crown of any shape and size. Creating a crown shape includes not only cutting and shortening the shoots, but the direction of them in the right direction. First cut off those stems, which thicken the crown and affect its appearance. After cutting the plant should be watered with a diluted fertilizer.

If branches only grow up, they need to be cut to the places where the new buds are formed – it will cause branching stems. Removal of the terminal bud, in an active growth period results in awakening of lateral buds.

Trim the stems has several objectives.

Additional information!After the transplant, pruning produces a month. It is recommended that in order to become stronger root system sufficiently normalized inflow cell juice to the roots and stems and metabolism with the environment and soil.

Ficus pruning is carried out in gloves, as the plant sap can irritate the skin. If the fig juice fell on the body, it should be thoroughly washed with water.

Used during operation only well sharpened knife or secateurs.

Tool Blades should be disinfected

What shape can be given Ficus?

When forming the crown Ficus can be given a variety of forms: stam tree, bush arc and other varieties forms.

Bole – the most popular and most common variant of pruning. To create a form shtambovoy start pruning as early as possible, when the ficus reaches a height of 40 cm.

Once cleared from the trunk all the lower shoots and buds, begin to form the crown. The tip cut off, and the side branches are shortened so that the crown has acquired a round shape. Remove also those shoots that grow inward. The result is a bare trunk with lush foliage.

The trunk of the plant has sufficient flexibility that allows you to receive a variety of beautiful and braided structures. If the bottom of the plant has several powerful shoots, they can intertwine with each other to form a single trunk. 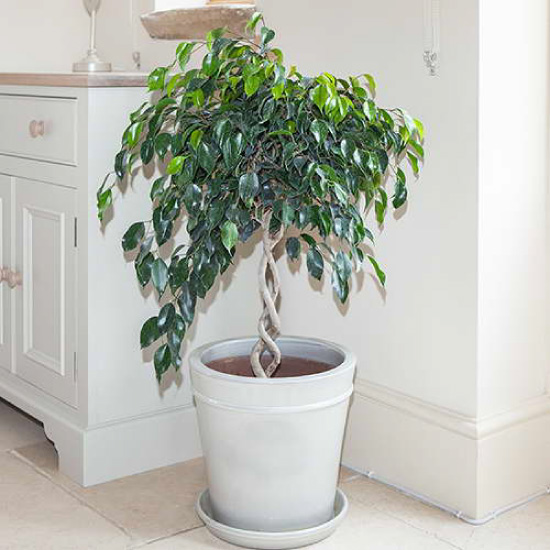 Ficus to turn into an even more attractive plant that can be planted in one pot three young plants and stems weave them together. Stems should be no thicker than 1.5 cm in diameter, because they would be difficult to communicate. Shoots on the trunk are removed to the place where they will be linked together. Bind the stems tightly usual rope, but be careful not to damage the plant. A few months later tie removed.

After cutting the plant put a bright spot to the stems grow evenly and round shape of the crown was not broken.

To give shape Ficus bush, pinch out the tip, so that its length remained approximately 15 cm. After the side shoots grow back to 10 cm, the procedure is repeated. The tops of the branches need to pinch back a few times to the ficus is not thickened.

The arc is formed on a wire frame, neatly stacking the stalks on it and tie in several places.

Pyramid. When pruning ficus easy to give it a pyramidal shape.

Properly cut Ficus benjamina can own, but it is necessary to adhere to basic guidelines.

Ficus give an unusual shape, before the plant reaches the age of three. When the ornamental pruning is carried out in a later age, the plant recovery process is more complicated.

Before pruning ficus need to prepare. For this purpose it thoroughly watered, fed, cleaned of contaminants leaves. All seats of cut is treated with powdered activated carbon or garden pitch.

How to Care for Ficus after

After pruning a plant it is necessary to organize proper care:

Pruning the ficus is simple and therefore adhering to guidelines and rules can achieve beautiful form of the plant without any problems, and Ficus benjamina will be an impressive decoration in the house. The main thing – the desire to get a beautiful and ornamental shrubs.

Vine disease: description with pictures and methods of treatment

How to prepare potatoes for planting